Today: a bunch of Swedish lads collected in a ring-shaped building. 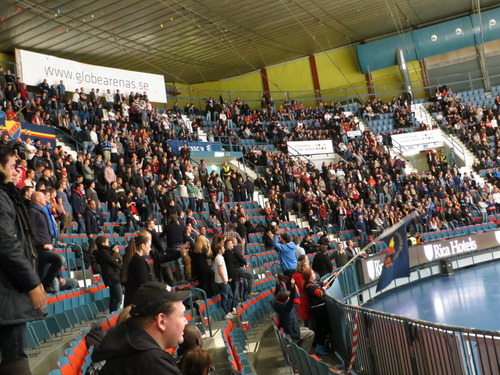 Some other Swedish lads stood in the center, with skates and sticks. 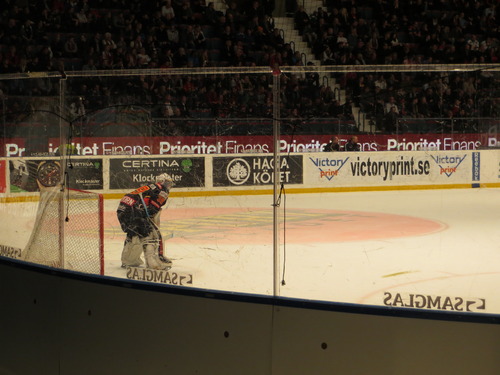 They skated in circles, occasionally hitting a round object with their sticks. 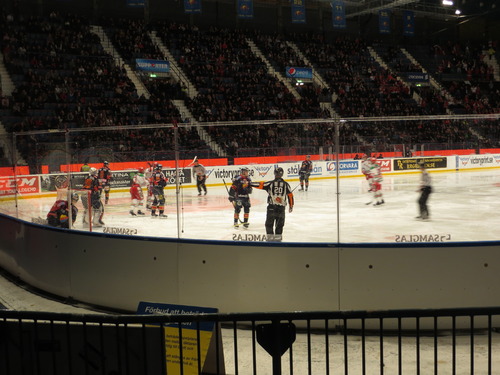 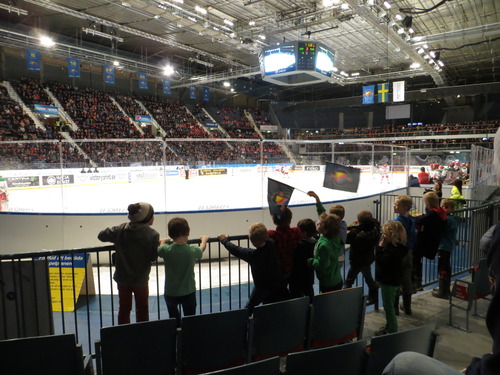 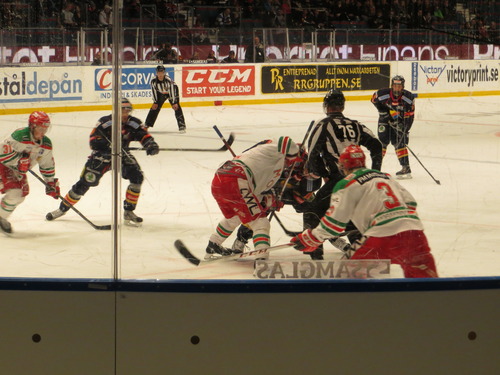 Such aggression startled Freddie.  He was concerned for their safety. 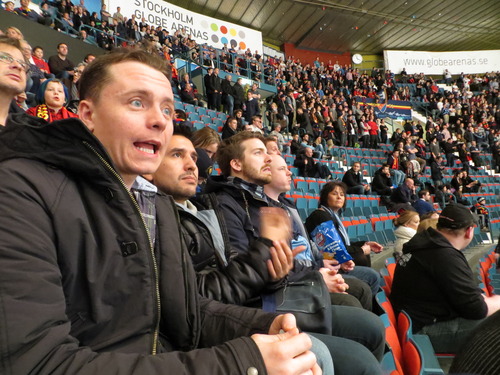 Ultimately, the score was large numbers. 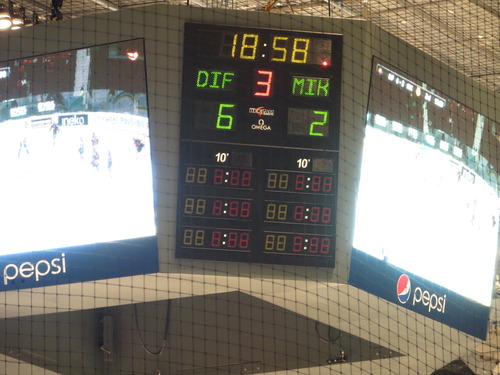 This event took place in Sweden. 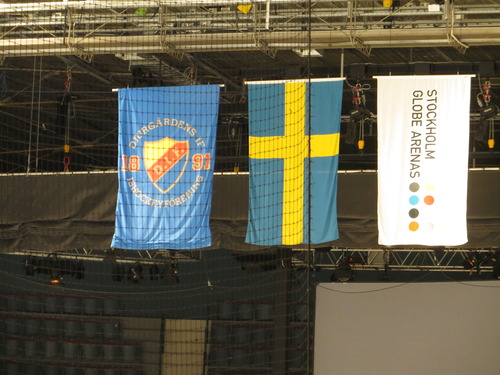